Hello, and welcome to the Developer Update for the 30th of August, 2022! 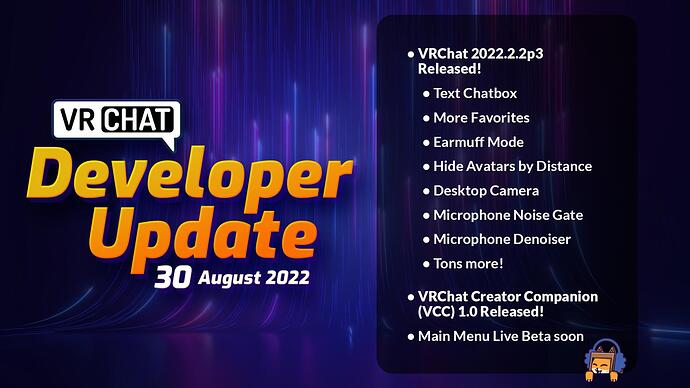 As always, for context, try checking out our previous update, which you can find here.

As we mentioned in the last Dev Update, this is the final week we’ll be doing two Dev Updates per week! Starting on the week of 4 September, we will be reverting to one Dev Update a week, probably on Thursday.

This change in pace also allows us to cover things that are less “active development” related, such as proposals, ideas, long-range plans, or even interviews with team members. We’re also considering good ways to highlight community content that stands out.

Assuming nothing changes, we’ll have future Dev Updates on these days:

Thank you to all the Beta testers who helped out a TON with great feedback on this Live Beta. Without your help, we wouldn’t have been able to get all these issues tracked down and solved, and the features we’ve added have only improved with your added feedback.

We like this rapid iteration process, but we need to tune it a bit so we don’t end up with Frankenstein’s monster… looks accusingly at the overly crowded Quick Menu Gear tab

Anyhow, you can find the patchnotes here. We also tried out a new format of delivering info with the Update Notes that lets us embed video and images more easily.

Getting this patch out means that we can now look forward toward the Main Menu 2.0 Open Beta! We’re hoping we can get this out later this week or early next week.

We’re excited to announce the 1.0 release of our Creator Companion tool! 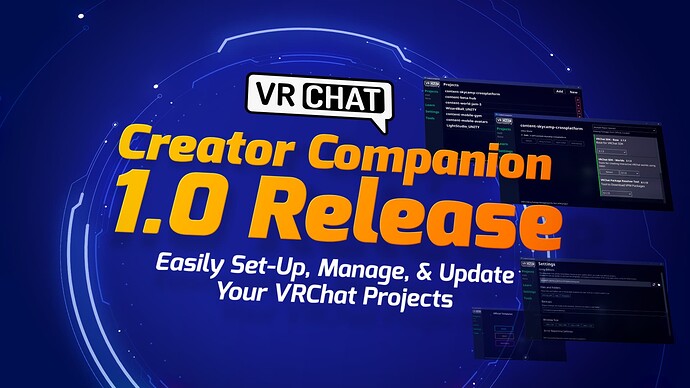 The VRChat Creator Companion is designed to help make creating content for VRChat easier. It’s been available as an Open Beta since our “Creator Toolbox Update” announcement three months ago, and is now ready for general use.

In the future, the Creator Companion (and our VRChat Package Manager) will be the primary way to install the VRChat SDK and keep it up to date, as well as manage add-on packages like UdonSharp, ClientSim, and more.

Read more in our latest blog post, where we show off the VCC in all its glory.

If you want to dive right in, check out the Creator Companion docs.

The Creator Companion is available for download on our site.

We talked about the new Main Menu in a Dev Update from last week, where we provided a bunch of little previews! These previews won’t have to hold you over for too much longer, though. With p3 out of the way, the focus turns to preparing the Main Menu update for a Live Beta release.

A ton of the work so far this week has been preparing for this beta! There’s a lot of technical work too, because we’re getting ready

In addition to all of the features of the new Main Menu, we’re also going to be bringing in a bunch of additional polishing and work on other features

We’re continuing work on the camera that we mentioned last update. Right now, it’s in QA, which means that it’ll hopefully be ready to be put in alongside the Main Menu update, or soon after.

This task is getting some further art polish! Here’s another look at how we’re thinking the graphic for the portal will look, as we weren’t too happy with the previous one.

Some other possible candidates we were looking at. 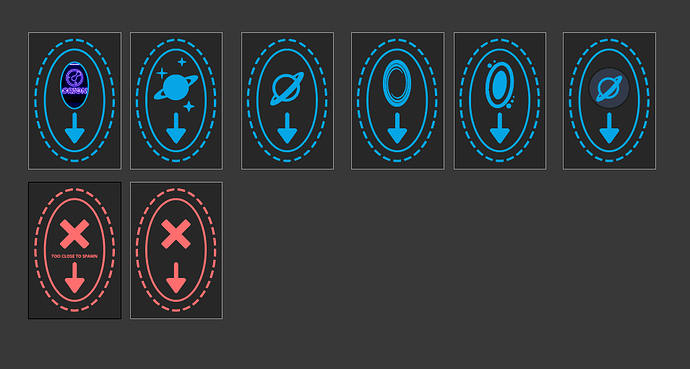 Rocktopus said they wanted to make it more exciting so they gave me this image too. 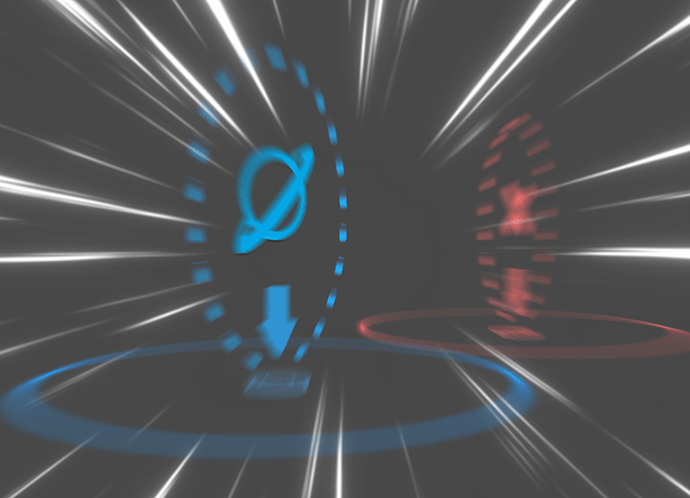 We’ve talked about a lot of features in previous Dev Updates that haven’t made it out yet, like the Visual Adjustments feature or the Earmuffs avatar parameter.

Don’t worry, we didn’t forget about these! They’re sitting in a post-QA state and awaiting full integration into VRChat. They’ll make it in alongside with the Main Menu beta, or soon after.

We try to include updates when there’s improvement other than “a bug got fixed that QA reported, yay!” but towards the end of the development cycle for features, that’s kinda what ends up happening a lot.

That’s it for today! Once again, you’ll see the next update on Friday – after that, you won’t see another until Thursday!

I really hope other things that were announced will also come soon. Things like the better working settings page (currently you still always go to the bottom and the Tacking and IK section cannot be collapsed), making the sliders for Earmuffs snap to .25 increments instead of .50 or saving the Unlimited Mirror Resolution option. Also a few of the known bugs like the Camera Taking a upside down portrait when using the flip button or the Quick Menu Main Audio Slider only going to 100% and not 125% are still there as well.
All of this was announced to come or mentioned as a known issue. I’m surprised / confused about these not bing added / fixed yet.

Keep going! VRChat is finally starting to get a lot better!

that image rocktopus made got me REALLY EXCITED for the new portal placement!

personally, i think the portal placement icons look good like how they’re shown in the REALLY EXCITING preview image.

I like the second blue portal design with the sparkles, feels special

Will there be any plans on adding an anti-crash type API update in the near future to help midigate avatar crashers from affecting users ? As that’s always been a pretty fair issue when a user decides to change into one out of nowhere and ends up killing entire lobbies with those avatars or uses one with the animation trigger that kills the user in line of fire (basically shooting somebody and killing their game specifically without a heads up so the avatar is blocked before the trigger is pulled, there’s many others out there causing malicious harm and having an anti-crash embedded into the game would have a big impact on mitigating that issue from being as problematic at the least

I agree, it makes it feel really nice, like you’re going to explore somewhere new but cozy.

turn on the particle limiter

Guess this means the next VRCBilliards release will end up supporting U#1.0/VCC rather than the release after that, as was originally planned. More pool tables for everyone!

Definitely more of a fan of these concepts than the planet ones. 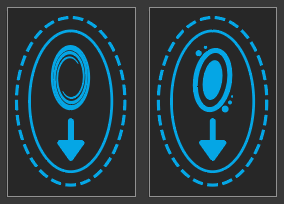 We try to include updates when there’s improvement other than “a bug got fixed that QA reported, yay!” but towards the end of the development cycle for features, that’s kinda what ends up happening a lot.

If anything… I think many of us would enjoy seeing more stories of bugs being fixed (both as an affirmation of progress and… because those stories can sometimes be rather humorous to share!). More funny bug stories!!! Continue to humanize the platform we all spend good amounts of our lives on!!!

Some other possible candidates we were looking at.

I like the portal icon that displays in text why the portal cant be placed alongside the icon.

will the streaming camera ever come to desktop?

will the streaming camera ever come to desktop?

How would that even work? Or do you just want a Fullscreen/Overlay mode for the camera

That only does but so much, there’s still crashers out there where that will not stop it, these people are insanely creative in doing this nonsense so particle limiter still won’t do you much good I assure you I know from experience having been the unfortunate victim too many times to count and it’s absolutely asinine, some users even have ways of crashing you with all avatars hidden won’t matter malicious users will still have a way unless there’s a form of anti-crash implemented trust I’ve spent nearly 5k hours on VRC combined from both steam and quest I’ve seen some things 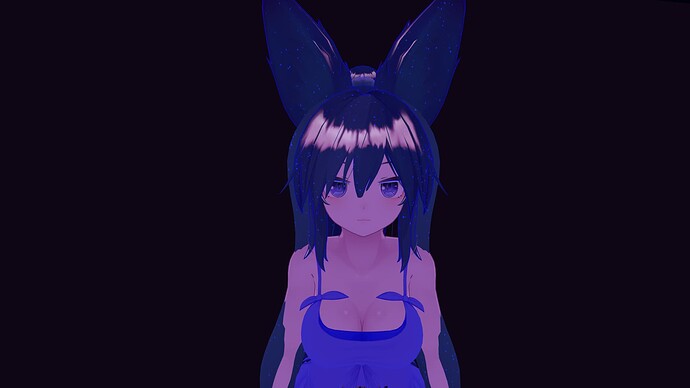 same as the VR streaming camera. You connect what the in game camera sees to OBS, but you also get the features of vrchat’s camera

i personally like the more circle portal graphic a bit better, not sure what it is exactly, might just be less visually noisy and also the tilt

Ill say this every week

Hey, so, is it possible to make it so that the nearclip settings don’t reset when you close the game? It gets really annoying having to reset my preferences every single time I boot up VRChat.

When is it going to remember the mirror resolution unlimited setting between launches? It was mentioned in a previous update that this would be done?

It’s bizarre to have added the feature to support newer high resolution VR headsets (Pimax, etc), but then intentionally require the user to dig through the interface and warning dialog to select the “fix my mirrors again” option every single time they log in.