After attending the NYE world on quest I have determined visually sensitive people are still abandoned by most world creators. There was too much going on which caused an epileptic reaction. There were no options to reduce visual input in most worlds. Often because they want to show an “experience” that is consistent for all players. Except not everyone experiences life and the world the same way. Worlds should have toggles for all FX including video players, audiolink, God rays, smoke, etc. Even if the world becomes bland or boring when everything is toggled off.

On PC there are still no significant client side options for reducing visual input. It’s always left to world creators which most don’t provide any useful toggles.

On top of being epileptic I also have strong astigmatism. Picture this image but doubled or tripled. This amplifies my visual sensitivity. 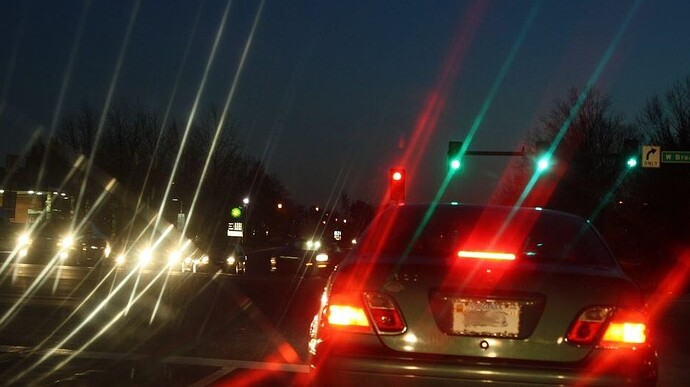 There are currently no options in VRChat which assist with astigmatism. The one option which would have been useful, a gamma slider, turned out to be an accidental mixup of words and was the brightness slider we have now. Most world creators don’t provide any options to help with reducing contrast and gamma. Often it’s either a toggle, sliders for everything but useful options, or nothing at all.

Why not go to a different world? Because I shouldn’t have to drag my friends from where they are already at because I can’t be in the world.

Hi Code-Floof, hope you don’t mind the long read. As a world creator, the ability to adjust audio and visual triggers is something I want to account for.

Audio is easy, the user can simply turn it off.

While your headset has a brightness control, it may not alleviate triggers for photosensitive people, which per this article about 3% of epileptic people are: 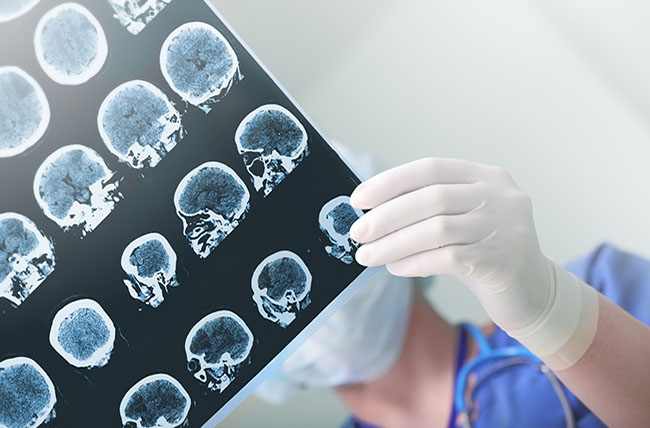 Seizure triggers are different for everyone. If you have epilepsy, what could cause your seizures? Some of the answers may surprise you

I don’t really know much about this topic, so please help enlighten us if it misses the mark.

I’m also a little confused as you start out saying “on Quest” which is Android based, and doesn’t permit processing effects such as bloom or chromatic aberration, then, you go on to give examples of post processing only visible in PC VR.

I’ll assume that, like me, you are in VR on a Quest HMD yet run the PC (Steam, Oculus) version of VRchat? Correct me if I’m wrong here.

I try to add toggles or sliders as you mention, though the challenge is, everyone susceptible to visual triggers experiences them differently. A creator can add local toggles to turn objects on and off, or give visitors the ability to tweak things to their liking, but there’s no real “one size fits all” to accomplish this in the SDK, so you either have to find other’s assets that work, or, in most cases, build the toggles from scratch. It’s not hard, just takes a little extra time to add them in.

We know certain common triggers like flashing lights, warped or shaking motion, for example, even certain geometric patterns might initiate an epileptic response. I’ve seen warnings in club worlds and highly animated environments, but you’re right, the base client doesn’t have built in controls to disable all post processing, at least not that I’ve seen in the VRChat client, or the Oculus/Meta or Steam launchers themselves.

I hadn’t thought of adding a toggle to turn the TV screen on and off before, so will start adding that to my worlds. Also didn’t realize God rays could cause issues (other than performance).

It’s good you mentioned it though. I’m listening. Though it may not help all cases, what would you say the most important toggles a world creator could add, to make worlds more accessible for you or other visually sensitive users?

I’m also a little confused as you start out saying “on Quest” which is Android based, and doesn’t permit processing effects such as bloom or chromatic aberration, then, you go on to give examples of post processing only visible in PC VR.

In this context quest refers to native VRChat. I normally stream from my PC and refer to that as PC, but I have been traveling and therefore can’t use my PC to play VRChat.

Post processing itself isn’t the issue. When streaming my streaming app can increase the gamma by +40% (I wish it went to +60%). My avatar has a system to disable world post processing and audiolink if its an issue in a particular world. But sometimes those don’t work, especially with the new shader features VRC has added, (and should allow being disabled by the user) which let audiolink work without a grabpass. Some worlds just have such bad lighting that no amount of post processing can save it.

ACES tone mapping and more “realistic” lighting amplify my astigmatism, which the increased effect of bright areas can cause issues. Using gamma control to make the world brighter is a significant help, and in most worlds the world looks better with post processing off, Even HDR worlds.

but there’s no real “one size fits all” to accomplish

I agree. Everyone perceives the world differently so providing more controls to the player help alot. Many world creators and VRChat developers push against this though as they believe the world should be consistent for everyone, at any cost. VRChat developers are also afraid of adding any accessibility features that might impact creators, regardless of how beneficial the feature is so asking for accessibility features on the feedback board is less productive than yelling at a brick wall.

An argument against the client having features is players may complain that the world doesn’t look right to world creators. This can be mitigated by a decent tutorial to educate the user of the options and what they do, as well as providing a way for world authors to request a specific settings (prompt the user to accept or deny).

Another argument against the client having features is it should be left up to the world authors. Sadly only ~30%(guessing off of experience) of worlds have any settings. Some of the worlds which do offer settings try to set limits as to not affect how their world looks, and the settings are per world instead of consistent across all worlds.

Relevant posts for accessibility that have been ignored, rejected,or abandoned. None of these requests would hurt world creators or hurt the social dynamic.

Marked completed but it’s not completed. Apparently VRChat+ would have no value without icons on nameplates. This would reduce visual input while still allowing people to see who they are looking at.

How to stop link embedding?