Just recently bought a Bhaptics vest but was wondering if it’ll work on Quest Vrchat? If it actually isn’t compatible for vrchat on quest, will it be in the near future?

This isn’t supported directly by VRChat, but there are some hacks to get it working but will require some ingenuity on your part. Found with with some googling - it’s a system to use VRChat’s OSC system for sending messages to the haptics hardware: 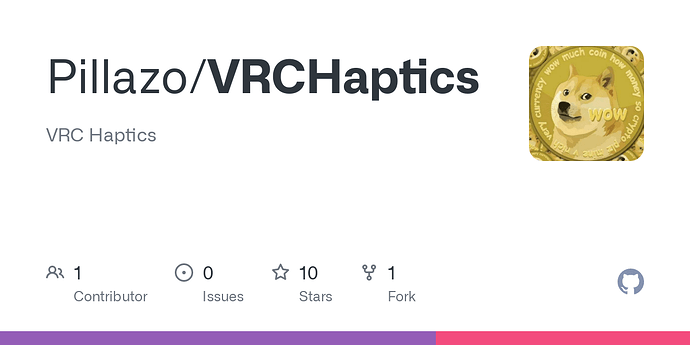 VRC Haptics. Contribute to Pillazo/VRCHaptics development by creating an account on GitHub.

There was an older system that I can’t seem to find now that was using a camera(?) and a special shader that overlayed some instructions on your game client, then another program read that color data on the screen and sent haptics based on that.