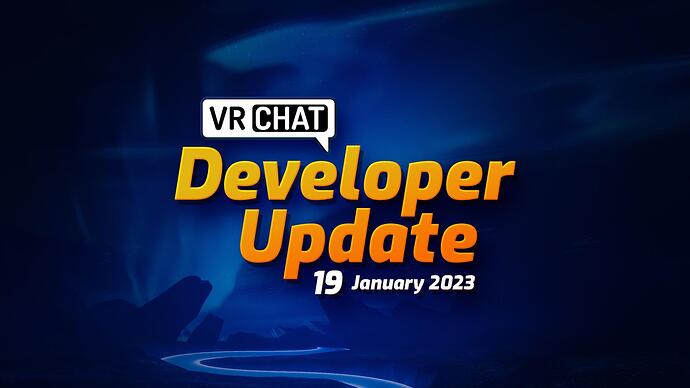 If you’d like to catch up, you can read our previous Developer Update from December 15th.

Welcome to our first Developer Update of 2023! Before we get into the first few things we’ve been working on, let’s review what’s happened since our last Dev Update. 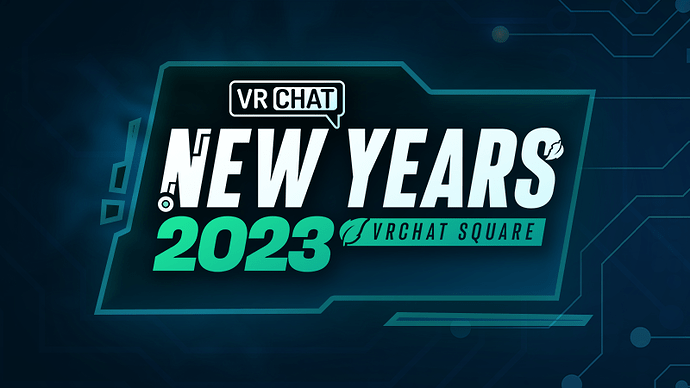 We had a wonderful New Years 2023 celebration with music from many VRChat musical artists and DJs and the VRChat Entertainment Network! All taking place in the VRChat Square world, filled with tons of community-contributed content from the VRChat community.

As a side-note, yes, we did set a new user record

Thank you to everyone who contributed and helped make this event happen! As we do every year, we learned a lot about running one of the largest VR events in the world.

We partnered up with NEO4IC to create a unique shirt, “Tree of Realms,” featuring the tree at the center of the VRChat Square this year! 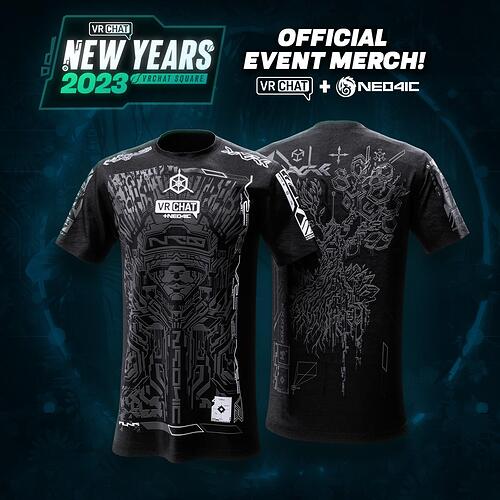 NEO4IC opened up a pop-up shop in the world! 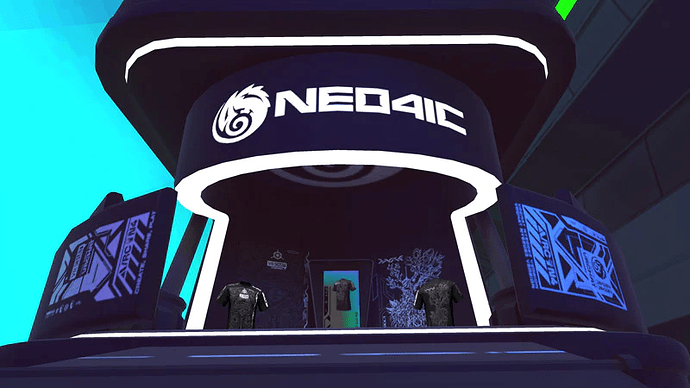 Don’t worry if you missed it, they’ve still got it in stock for now! Get it while supplies last.

The VRCat Early Supporter Badge is getting retired at the end of the month! 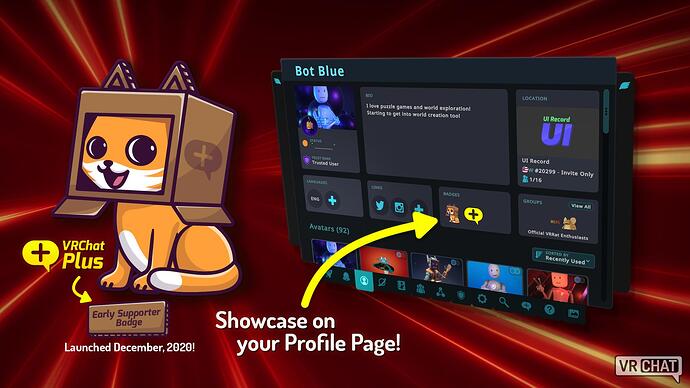 This badge is the one that appears in your profile, as shown above. It’s been active since December 2020, so needless to say, I think we’ve given everyone a fair chance!

Of course, if you already have the Early Access profile badge, you’ll keep it.

Don’t worry, VRCat will continue to pester you for treats from their vantage point on the quick menu.

Before swapping to VCC, we plan to wait for the updated VCC with the Web UI (we call it “VCC-Web”).

Due to feedback, we are investigating direct downloads of packages. They’ll be VPM-compatible UnityPackages instead of the legacy ones. VCC will continue to be the recommended and primary method to set up the VRChat SDKs and keep them updated.

In addition to moving our SDK management to the VCC, SDK2 will be deprecated simultaneously. SDK2 will no longer be available for download.

At a future date, SDK2 worlds and avatars will no longer be permitted for uploads. We will support existing SDK2 content within VRChat for as long as possible.

As part of a recent internal jam, some of our team members decided to bring back a legend. 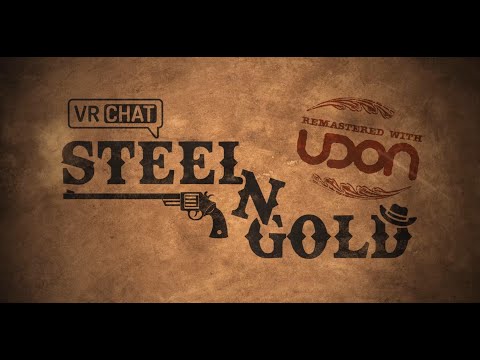 As demonstrated in the VRChat Square NYE world, we’re adding the ability to load strings from the web with Udon!

Strings have their own URL allowlist and generally use the same approach as similar systems (like remote images, which are also on the way). They must load from VRCUrl fields, you can request their load at any time, requests will be rate-limited and automatically queued, and the queue is processed in a random order (to protect user data).

We’ve also added new Success and Error events so you can know whether the string loaded successfully and what happened if it didn’t. We’ll include a simple example in the SDK itself, and we’ve got more complex examples we can release afterward - like a working Calendar feed!

We fixed the Camera UI scrolling! Before, scrolling was hard to do, especially in smaller avatars. This would make people think we had removed features like Focus!

We’ve also fixed the arrows so when you click them, they scroll to the first “unseen” option instead of a fixed amount of scrolling.

On desktop, notifications will now automatically get out of the way of the menus so that they’re still visible!

(In case it isn’t apparent, we’ve stuck the notifications on in that video so its easier to see)

Additionally, gesture indicators should no longer bonk into the rest of the HUD when using left or right notification anchors. This applies to both desktop and VR. 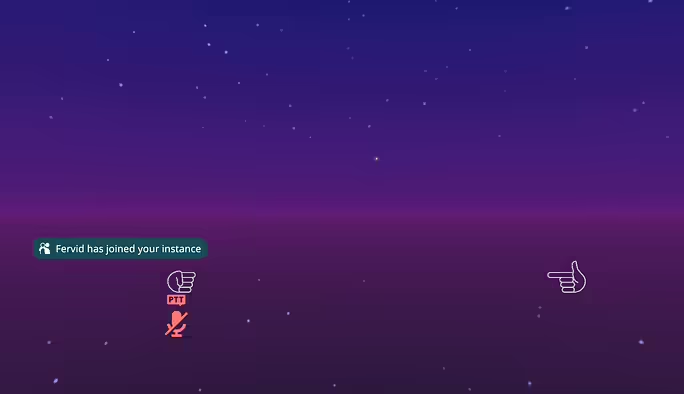 The alignment of side notification anchors on desktop has been adjusted so that the notifications face outward instead of inward. 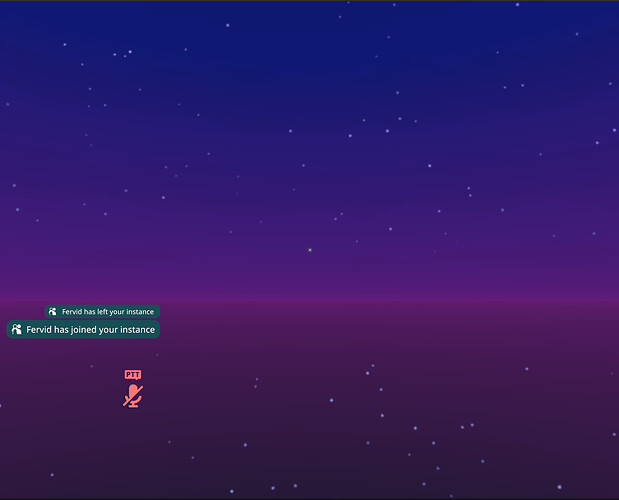 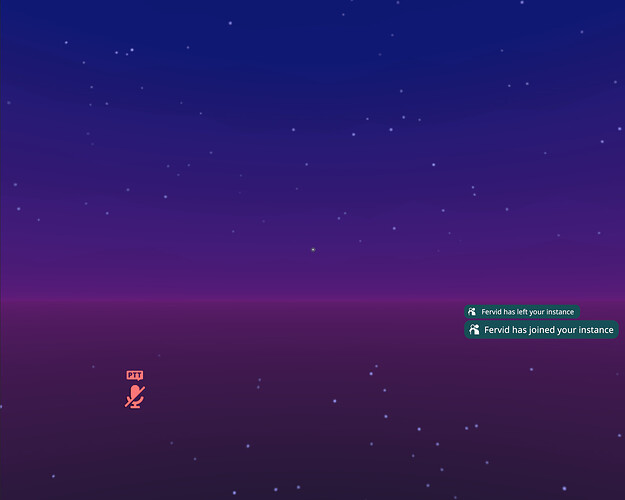 On VR, we kept the original inward-facing notifications to keep them closer to the center, increasing visibility. 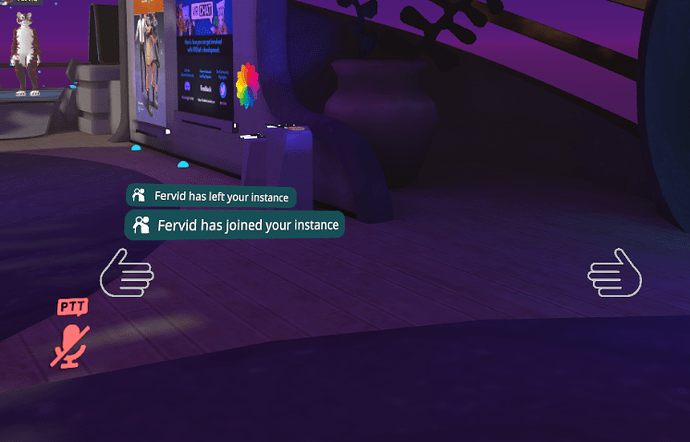 A Few Other Fixes

We’ve fixed an issue with the UI keyboard where the “0 characters remaining” message would show up initially where it shouldn’t be.

An issue where users would experience significant performance loss in the same instance as a blocked user has been fixed.

Chat Bubbles now respect the UI mask setting in the camera, so it will be possible to hide them from pictures.

That’s all for this week!

This isn’t everything we’ve been up to. In the background, the entire VRChat team has been planning and preparing for this year. Usually, the start of the year is full of this kind of planning, where we figure out what we’re going to do, who’s going to do it, etc.

As we talked about last year, one of the first things we’ll be tackling is improvements to Groups. Keep an eye out! We’ll talk more about those improvements as they get closer to release.

Thank you, and we’ll see you next week!

As part of a recent internal jam, some of our team members decided to bring back a legend.

Will the Steel N Gold world be the exact same(ish) as it was back in 2018 or are you planning on introducing any new elements to it? (Gamemodes, maps, secrets, etc.)

When I played it during a recent playtest, the core gameplay was identical to 2017’s original version

A few new features have been added that simply weren’t possible with SDK2. I’ll leave it for release for you to see them

This isn’t everything we’ve been up to. In the background, the entire VRChat team has been planning and preparing for this year. Usually, the start of the year is full of this kind of planning, where we figure out what we’re going to do, who’s going to do it, etc.

As we talked about last year, one of the first things we’ll be tackling is improvements to Groups. Keep an eye out! We’ll talk more about those improvements as they get closer to release.

Very excited to see this year’s team-accellerated roadmap in the coming weeks!

(even if it’s just finishing off the 2021 devstream stuff

Probably a good priority will be fixing the ripping issue and fixing the api exploit.

Any plans to allow Bulk Importing on the VCC? I have a few hundred projects that needs to be converted to the new system (specially when Cyanlaser’s SDK2->Udon conversoin arrives), so be nice to push a bunch of them through into the loader. Doesn’t have to patch them all to contain udon/avatar3, but just get them in the list is enough

I got some small things I want fixing, I made a list but I need to check what’s still a problem for me first.

I expected the figure for the CCU record would be mentioned, it was above 92k. Which is so awesome to see. Maybe next new year’s or the one after that we’ll reach 100K!

Glad to see the Dev updates happening again!! I kept checking each Thursday, hoping for an opportunity to ask a Dev question.

I travelled this Christmas and brought my SteamDeck and Quest Pro along (left my VR capable Laptop at home). I was able to jump into the standalone version of VRChat, and noticed that all of my face tracking avatars do not work in standalone… obviously.

My question for the Devs is; is there a plan to enable Face tracking on standalone? If so, will it have any compatibility with the current group of OSC Face tracking, and if the feature is planned in any form, is there an approximate timeline?

Thanks! Have a great weekend!

Heyah, out of curiosity, why are you switching to VCC when a lot of uploaders prefer it not happen? Why not still leave it an option for those that want to use it and those that don’t, that way it gives two great options. Those that want to enjoy the VCC and those that prefer to keep things the way they were will both be happy that way. Also, have you fixed vote kicking people from instances yet? It’s been broken since like a week after you went on break and people have been going even more wild in lobbies now that they know they won’t get the boot. That New Years event was very fun, it was my first one. Seeing all the new world ideas was so cool!

Does that mean this issue will be fixed by the next game update?

Heyah, out of curiosity, why are you switching to VCC when a lot of uploaders prefer it not happen? Why not still leave it an option for those that want to use it and those that don’t, that way it gives two great options.

If I had to hazard a guess, probably to have a central install source for when the Creator Economy arrives, as well as not to have to keep up with two releases of the SDK.

That camera news is great- it’s something that annoys me, but what annoys me even more and has for a very, very long time is being unable to target the controls after setting up a shot and ruining it due to pickups or simply having to move the camera, set a timer, then try to get everything and everyone back to where they were and nail the pose before the timer ends. I feel like there’s probably a better way in existence, but I also feel like this shouldn’t still be a problem to begin with. How do we best deal with that? A way to ignore pickups altogether? A way to engage the timer without pointing the laser at the button? I’m not sure what the ideal solution is, but I’m sure someone who gets paid to do this shit can figure it out. I mean, you guys hated it when other people just fixed stuff on their own, so I expect it’ll be sorted out ASAP and there’ll be good news very soon!

I’m sure it would be awesome to see an official Disney tie-in with a “remastered” Tron Discs world next. New movie coming soon.

Freaking sweet !!!
I was really itching to try out the world since I saw it on the website

Probably a good priority will be fixing the ripping issue and fixing the api exploit.

Please report any exploits here. Referring to them without proof or information in a Dev Update thread doesn’t help us too much, to be blunt!

My question for the Devs is; is there a plan to enable Face tracking on standalone?

Probably not, although I’d expect it to use fairly standard blendshapes, assuming we use blendshapes.

have you fixed vote kicking people from instances yet

Fix for this is ready and awaiting our next release.

Does that mean this issue will be fixed by the next game update?

why are you switching to VCC

To put it simply, many reasons, including but not limited to:

Momo will have to clarify but the above troubles among other things has caused us to have to slow down or completely park new features or fixes. The VCC helps unblock those.

We’ve covered the VCC swap in basically every thread for the past ~3 months, Twitter posts, Discord posts, and a banner in VRChat-- so I don’t want to re-cover the same ground too much.

You should already be able to do it by selecting the parent folder with all your projects inside.

So since you and the rest of the team is remastering steel n gold that leaves me thinking, do you plan on updating the vrchat hub? And do you plan on bringing back the winter hub late December 2019 - February 2020 as a seperate world?