Why is there no delay node

A simple question, and a bit of a rant. Coming from Unreal engine I guess I’ve been spoiled with the nodes I’ve had to work with. Udon is just… infuritating. Is there any specific reason why there is still no Delay (in seconds/frames) node, no Lerp node that you can plug a timer into, or anything like that?
I’ve spent about a day trying to add a single second of delay between two events and it’s beginning to infuriate me as to why such simple nodes were either skipped over or deliberately left out. 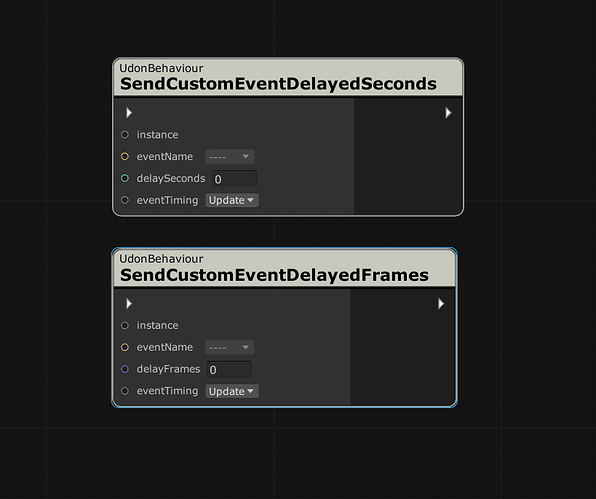 Yeah, so like a couple minutes after posting this I found those.

Still would be nice to have an in-line version rather than needing a custom event, but hey it works!