Both World and Avatar SDK 3.0 are a little broken for me

I reimport the SDK packages for a little update. But after I did that, I started to have a little issue with it.

I deleted the old VRChat files and imported the newer version, but I only saw ‘Reload SDK’. I reset the package to default, but that method no longer works.

The same goes for the Avatar SDK 3.0 because it shows the two same shaders. For example, I see ‘Bumped Diffuse’, but I’m seeing two of them. I imported the same version and I was expecting it to show only one different type of shaders, but it didn’t work anyway.

After I reimported the Avatar SDK 3.0, I am no longer able to adjust the Physbone capsule collider height.

Edit:
Whenever I import UdonSharp and/or UVPens into my project, the World SDK breaks after I reopen the project. Or may have been something else that’s breaking it, but mainly UdonSharp is what breaks the World SDK.

I can’t add SimplePens to one of my worlds because you can only write up to 5 lines, which isn’t really useful for drawing or writing a sentence. Remember VRChat Home? Then you’ll remember the good pens and eraser being there. It just sickens me to see the good pens and an eraser replaced by the pens that aren’t really useful to use. New and old players aren’t gonna appreciate the “pens” at all. 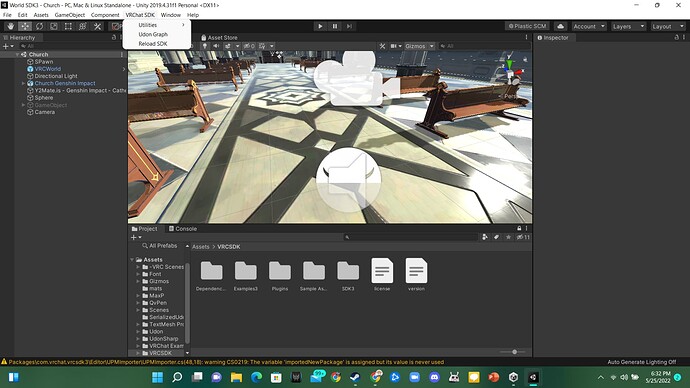 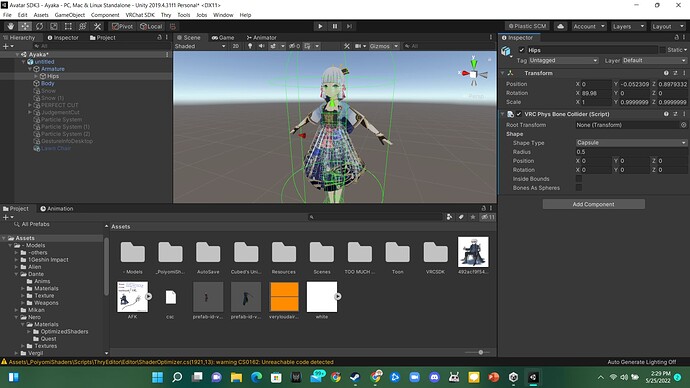 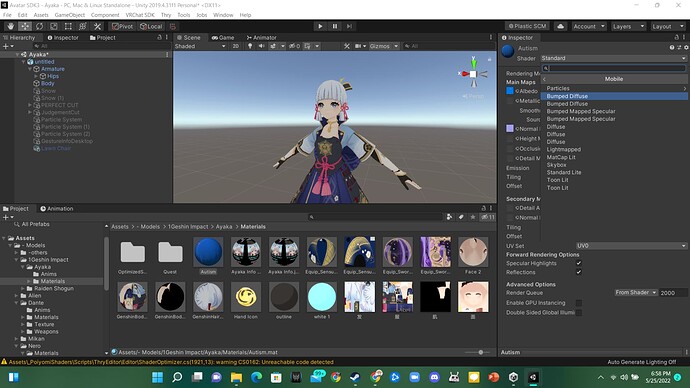 I deleted the old VRChat files and imported the newer version, but I only saw ‘Reload SDK’. I reset the package to default, but that method no longer works.

Don’t do this for avatar SDK, it will break state behaviors in your animators.

Do you have any errors in your console? Post an image of the topmost error if you have any.

After I reimported the Avatar SDK 3.0, I am no longer able to adjust the Physbone capsule collider height.

Did you grab the latest SDK? We updated it yesterday, and that issue should be fixed.

World SDK works perfectly now until I import UdonSharp into my projects. Is there any way I can fix the issue?

Did you ever find a solution for it? when ever I import udonsharp it also breaks my world and I’ve been struggling to find out why

I’m kinda having the same thing, but instead, when I try to reload the SDK (for the avatars)
It tells me
That a file in the plugins folder is missing in the console, I don’t know why it does this.

Also, I did install the latest version of Vrchat.
And installed AndroidSupport, but I don’t wanna talk about that right now.

Here’s the pic of the error: 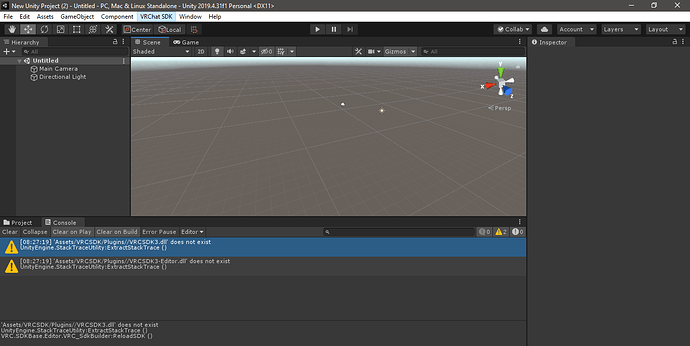 I’ve already tried it with an avatar, but I still can’t do it.